As companies look more and more towards recommendation algorithms to help them sell you things (not to mention the fact that, even now, state prisons are beginning to use suggestion/recommendation algorithms to figure out who gets parole), recommendation moves towards automation. As ambient intelligence (as described by de Vries, 2010) pervades our dressers, wardrobes, and appliances, and as smart homes become connected to the internet (and things like our Amazon accounts), our physical interactions with every object become simultaneously sites of surveillance and instantaneous commerce. In the very near future, smart, connected products (commercial, consumer good-based ambient intelligence) move from becoming a high-cost option to becoming implicitly compulsory. We become programmed by our devices.

Whisper is a device that scrambles your data before algorithms use it to provide recommendations. It can facilitate surprise and serendipity. Maybe your coffee isn’t made immediately after you shower and you need to run to Starbucks where you meet the person you end up falling in love with. It can also facilitate dangerous, harrowing experiences. It’s possible that your car doesn’t correctly infer the route you’d like to take in the morning to the office and instead takes you alongside a sheer cliff. You, the user, choose the degree of scrambling with a simple dial that can be changed at any time.

The project was featured on AlgoPop and was part of the Soft Machines exhibition at the 2014 Impakt festival in Utrecht.

Built in collaboration with Zachary Kaiser. 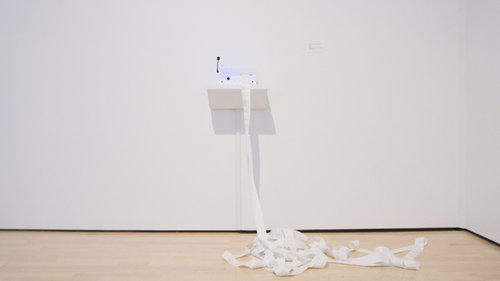 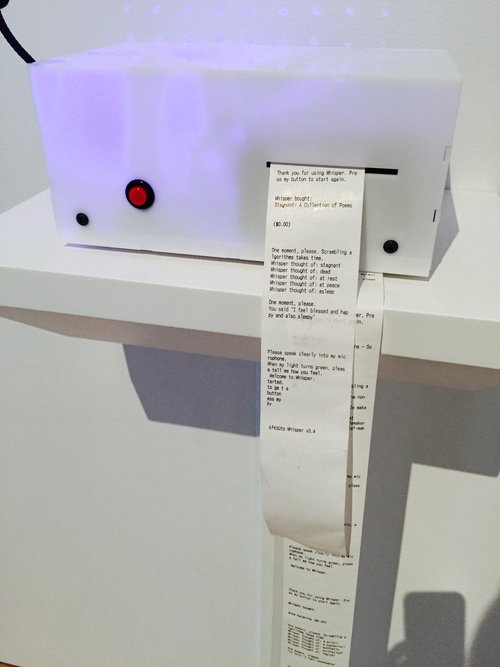 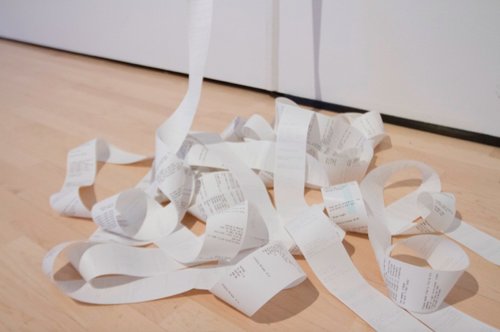 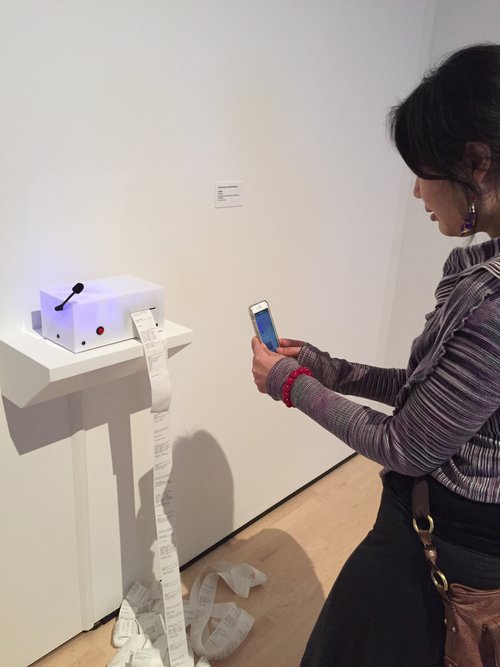 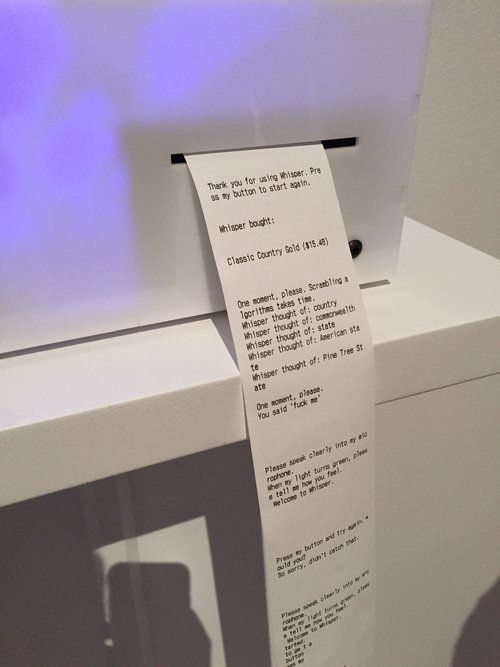 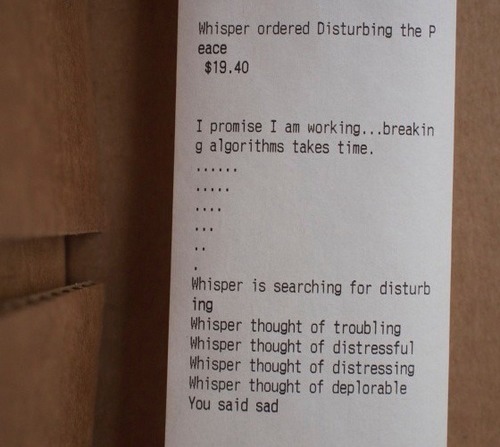